Upon the completion of military service in the United States Army in World War II, Leonard Spear returned to Temple University to complete his interrupted schooling. The product of a politically progressive family of labor activists, he worked as a Social Worker, and entered Temple University Law School and graduated in the Class of 1953. While at Law School, he served as the Research Editor of the Temple University Law Review. Upon graduation, he began his career as an Assistant City Solicitor in the Clark Dilworth Administration and was put in charge of all City Code Violations. This activity brought him into daily contact with the Philadelphia court system where he was able to develop trial expertise.

In the area of public service, after leaving the Office of the City Solicitor, Leonard was appointed by the Governor to serve on the Philadelphia County Board of Public Assistance, where he ultimately was elected to serve as Chairman. In that capacity, he was responsible to oversee the functioning of the largest county Public Assistance organization in Pennsylvania, which entailed all personnel decisions, policy decisions and the management of the County Public Assistance Budget. Through these and his other legal and political activities, Leonard became acutely aware of the disadvantages working men and women face in the various legal problems they encounter on a daily basis. 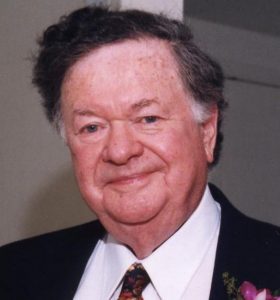 During this time, Leonard’s law practice grew due to the increasing need for legal services of Philadelphia’s labor movement. With the enactment of ERISA in the 70’s and the growth of Health and Welfare, Pension, Severance, Scholarship and other benefit funds, Leonard was one of the lawyers who helped set many of the ground rules for those Funds which are now second nature to most practitioners in this area. Also during this time, Len became increasingly concerned about the absolute need for working people to have readily available able and competent legal assistance in resolving those legal problems which affect the average worker. To fulfill that objective, Len was one of the pioneers in the establishment of Prepaid Legal Service Plans for Union members, overseeing over 40 years ago what might have been the first legal clinic in Philadelphia at what was then the International Ladies Garment Workers Union. Through the establishment of other similar legal clinics and, later, of Legal Service Plans, the Union member was now afforded the opportunity to meet, on an equal footing, the unscrupulous merchants, home improvement contractors and other types of consumer fraud schemers who prey upon working people, and who had been able to cheat union members because they believed that the members could not afford to fight them. Since then, the Legal Service Plans have been very successful in furnishing to Union members committed representation in their everyday legal problems.

With the gradual change in the composition of the local labor force from a manufacturing based economy to one which is more service oriented, Len also became involved in building responsive employee organizations. He was the driving force in establishing what might be the first Union exclusively for physicians in the nation, overcoming legal obstacles before the Pennsylvania Labor Relations Board in the early 70’s to have the Pennsylvania Association of State Mental Hospital Physicians certified to represent all the psychiatrists, medical physicians, dentists and podiatrists employed by the Commonwealth of Pennsylvania. Since that time, as Unions have won representational rights for a growing number of professionals, Len was very proud to have been one of the pioneers in that field.

Acutely aware of the never-ending battle between the forces of business and labor, Len devoted much of his time to analyzing the economic forces at play in this nation with a view toward continuing to improve the overall condition of working persons and their families. He firmly believed throughout his career that this is where one can most enjoy the practice of law.

Leonard Spear’s unwavering commitment to energetically and compassionately fighting to safeguard the rights of underprivileged workers and their families was matched only by the love and respect felt by all the clients and friends whose lives he touched throughout his long career. Several months after receiving his 50-year Bar Association pin in 2003, Len worked until only three weeks before he passed away, shortly after his 80th birthday. His broad knowledge, and undying energy and commitment to the ideals he championed throughout his life, remain a beacon of inspiration to everyone at our firm.