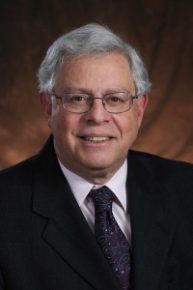 Now-retired-shareholder Bruce Endy, born and raised in Coatesville, Pennsylvania, earned his undergraduate degree from the University of Pennsylvania in 1966 and his law degree from the Georgetown University Law Center in 1969.  Bruce returned to Philadelphia following law school and was employed with Community Legal Services, first as a VISTA Volunteer and later as a staff attorney in the employment law field.  He began representing organized labor in 1974 with Louis Wilderman and Leonard Spear.  In 1985 he and his current partners established the firm now known as  Spear Wilderman.   Since the passage of the Employee Retirement Income Security Act of 1974, Bruce has increased the concentration of his practice in the area of pension and welfare benefit trust representation.  He has repeatedly lectured on ERISA and labor matters for the Pennsylvania Bar Institute.  In addition to his representation of employee benefit plans, Bruce has extensive experience in traditional labor forums trying labor arbitration cases, state court injunction cases and collective bargaining disputes in the federal courts. Bruce has served as an Adjunct Professor in the Political Science Department of West Chester University, and at Temple University School of Law, teaching Labor Relations.  Bruce is a member of the bars of the Supreme Court of the United States and the Supreme Court of the Commonwealth of Pennsylvania.  He has argued numerous cases in the United States Court of Appeals for the Third Circuit and has appeared before and is a member of the Second, Third, Fourth and Fifth Circuits as well as the Superior Court and the Commonwealth Court of Pennsylvania.

Wishing to devote more time to family and personal interests, Bruce had recently assumed Of Counsel status to our firm, and has since retired from legal practice to pursue activities such as publishing his entertaining labor law memoir, Saving Harry.  Bruce has continued educating young lawyers by teaching law at Temple University School of Law and delivers talks on legal and social issues to groups who can benefit from his invaluable wisdom, knowledge and life experiences he has generously shared with all of us for many years.