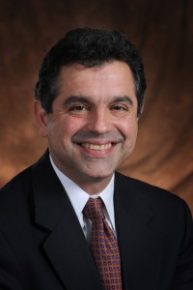 Charles T. Joyce graduated from the University of Pennsylvania Law School in 1987, where he was an Editor of the Law Review, and was awarded the Goldstein Memorial Prize for excellence in labor law.  From 1987 to 1989 he served as a law clerk to the late John F. Gerry, Chief Judge of the United States District Court for the District of New Jersey.

Since 1989, Chuck has been engaged in the practice of labor law and currently represents numerous private and public sector labor unions and associations including Locals of the International Brotherhood of Electrical Workers, the United Steelworkers, the Service Employees Union, the International Union of Operating Engineers and The Fraternal Order of Police.  He has been a partner at Spear Wilderman since 1995, and is admitted to practice in the state and federal courts of Pennsylvania and New Jersey. An accomplished painter and long-time exhibiter at various art shows, Chuck also serves on the Board of Directors of the Rittenhouse Square Fine Arts Association.