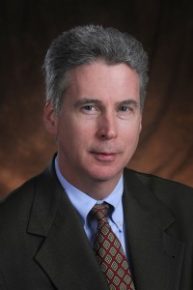 Jim Runckel graduated from the University of Virginia in 1983 and from the University of Virginia School of Law in 1986.  Jim joined Spear Wilderman in 1986 and has been a shareholder in the firm since 1991.  Jim represents employees in the service industry, including janitorial and  maintenance workers throughout Pennsylvania, New Jersey and Delaware, school district employees, municipal workers, utility workers in both the gas and water industries, and pharmaceutical and refinery  workers.  He also represents employee benefit funds. Jim’s practice focuses on the negotiation of collective bargaining agreements, labor arbitration and representation of unions before administrative agencies. He has also represented labor unions in all aspects of large nationwide corporate campaigns.  Jim has lectured on various topics to professional and union audiences, including the AFL-CIO, and he was named the Best Lawyers® Labor Law-Union “Lawyer of the Year” in Philadelphia for 2020.