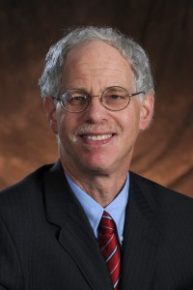 James Katz has been practicing union-side labor law his entire career, representing a wide array of public and private sector labor organizations in New Jersey since 1981.  He has extensive experience in all areas of labor law, including organizing, representation, negotiations, arbitrations, injunctions and undertaken substantial trial and appellate work before various State and Federal courts and administrative agencies. Jim graduated from Brandeis University in 1973 and the University of Pennsylvania Law School in 1981, where he was awarded the Goldstein Memorial  Prize for excellence in labor law, and the Dean Jefferson B. Fordham Human Rights Award.  Jim has been a speaker at seminars on behalf of the New Jersey Institute for Continuing Legal Education and the Pennsylvania Bar Institute.  He is admitted to practice before the United States Supreme Court, the United States Court of Appeals for the Third and D.C. Circuits, and in state and federal courts in New Jersey and Pennsylvania.

Jim has argued before the United States Supreme Court, and has frequently appeared in cases before the Third Circuit Court of Appeals and the New Jersey Supreme Court.  Jim has been involved in a wide variety of matters resulting in published opinions on important labor, employment, civil rights and  constitutional issues.  He is a fellow of the College of Labor and Employment Lawyers, and since 1991 has been listed in The Best Lawyers in America under labor and employment in New Jersey, and for several years included in Super Lawyers for New Jersey.