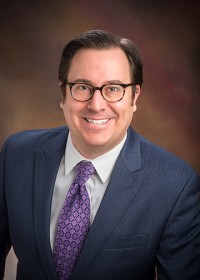 Martin W. Milz was raised in Wilkes-Barre, Pennsylvania, where he was inspired to defend the rights of working people by his hometown’s rich labor history and the strong union traditions of his family. Marty received his J.D. from the Temple University School of Law in 2004, where he served on the editorial board of the Temple Law Review. He graduated from Penn State University with a Bachelor’s Degree in Labor Studies and Industrial Relations in 2001. Prior to joining the firm, Marty worked as a Peggy Browning Fund Fellow with Sheet Metal Workers’ Union Local 19 in Philadelphia.

Marty is admitted to practice in Pennsylvania and New Jersey and has focused on representing employees, unions, and employee benefit plans, focusing principally on the building and construction trades. Marty serves as the principal attorney for building trades unions at both the local and international level, including the International Union of Painters and Allied Trades, for which he is the current General Counsel. As General Counsel to the National Association of Catholic School Teachers and its local affiliates, his background has also led to a specialization in the representation of employees of religious institutions.

Since joining the firm, Marty has represented workers across various fields of employment, both public and private, and has successfully recovered millions of dollars in back pay and benefits for his union clients.