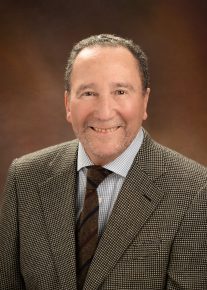 Neal Goldstein, we are very happy to say, recently joined Spear Wilderman in an Of Counsel status.  Neal was born and raised in Philadelphia and has lived in the area his entire life. He is a graduate of Central High School (Class 224), Temple University (BA 1969), and Temple University School of Law, (Juris Doctor 1973). After military service and a one-year clerkship for the Honorable Lois G. Forer, Court of Common Pleas of Philadelphia, his primary practice has been limited to the representation of labor unions and employee welfare and benefit funds, in Pennsylvania, New Jersey and Delaware. Neal is a frequent lecturer at labor symposiums and union sponsored programs. He currently resides with his wife in Haverford, Pennsylvania.

Neal believes that fighting to protect the rights of working men and women is especially important in the current anti-worker environment. During his career he has successfully challenged employers’ attempts to take away workers’ benefits, ignore contractual protections, and violate federally and state protected rights through aggressively productive litigation in federal and state courts, administrative agencies, and arbitration.

As a life-time resident of the greater Philadelphia metropolitan area, Neal loves the city, its rich history and the unique characters who make the City of Brotherly Love such a wonderful place in which to live. His affinity for Philly is on display in the 6 mystery novels he has published, all of which are set in Philadelphia. Where else?