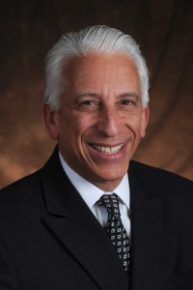 Warren is a native Philadelphian and a graduate of Temple University School of Law, receiving his J.D. in 1969. He graduated from Washington & Jefferson College in Washington, PA, receiving a B.A. degree in 1966. Before beginning his career in labor law, Warren did criminal defense work as an attorney for the Public Defender’s office in Philadelphia.  Warren has been practicing union-side labor law almost exclusively since 1971 and is a founding partner of the firm.

Warren’s clients include building trades unions, police officers and unions representing workers in the food, retail, paper  and building service industries as well as in the theatrical, entertainment and convention arena.  He also represents a number of employee benefit funds.  Warren has been a frequent lecturer at labor law seminars.  He is admitted to practice in both Pennsylvania and New Jersey, appearing regularly before courts and administrative agencies in both states and at the federal level as well.  Warren is a member of, and a participant in, the Labor Sections of the Philadelphia, Pennsylvania and American Bar Associations, and the AFL-CIO Union Lawyers Alliance.