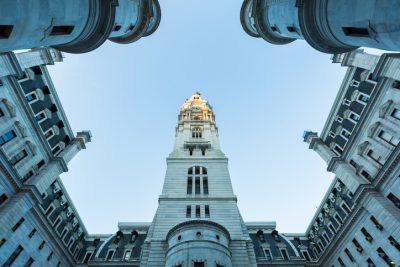 For decades, the City of Philadelphia, with full knowledge it was doing so, has evaded complying with its Home Rule Charter prohibition against City employees holding other governmental jobs, by hiring full-time School District employees — mostly Phys Ed teachers — to work after school and in the summer as Recreation Leaders at City-owned pools and playgrounds.  Neighbors loved the work these employees did, and their experience working with kids was invaluable in performing the functions needed by the City at these popular neighborhood facilities.  It was no surprise that, each year, these workers had to obtain permission from the City for their “moonlighting” jobs with the School District, which was always granted without complaint by the Philadelphia Recreation Department.

In late 2012, the City’s Inspector General undertook to “investigate” this practice which was hiding in plain view. By November 2013, the Mayor determined that this form of “double dipping” had to be stopped, and the Inspector General offered the workers this alternative: quit one job or be fired.  They refused this “offer,” were fired in January 2014, and their union, AFSCME District Council 33, was able to submit their case on an expedited case to arbitration.

The facts presented at the hearing, held before Arbitrator Anthony J. Visco, were not really in dispute.  All the workers testified they had never hid anything about their School District jobs, which the Department approved every year and which, for some of them, was a motivating factor in their being hired by the City. Some of these employees, who had all worked for lengthy periods for the City – one for as long as 34 years! – had been through this before.  In a Formal Solicitor’s Opinion issued in 1972, City Solicitor Martin Weinberg had concluded that it would be unfair to fire employees who may have run afoul of the Charter ban on dual-governmental employment through no fault of their own, but who remained employed at the City’s behest, contributing valuable services to the citizens.  He suggested the Charter ban could be enforced in the future by simply not hiring new employees who held other governmental jobs, but he advised the City it would be manifestly unfair to fire long-term employees who themselves were guilty of no wrongdoing.  Ten years later though, the City in 1983 actually did fire over 100 such dual-government employees.  The unions won a court injunction against the City’s action and went to arbitration, and the arbitrator agreed with the opinion issued 10 years earlier; the discharges violated the “just cause” standard of the contract and the Charter.  As the arbitrator at that time pointed out, penalizing long-term employees who had done nothing to contribute to a Charter violation the City itself was responsible for – and could have prevented by refusing to hire new workers who it knew worked for the School District – is hardly an acceptable or fair way to resolve this particular personnel issue.  And a decade after that, in response to union threats again to go to court and to arbitrate over what by then should have been settled questions, Mayor Rendell in 1995 backed off a threat to fire some of these same workers whose School District employment was alleged to violate the Charter.

Some grievants in the present case had lived through this earlier history. They all testified before the arbitrator, joined, amazingly enough, by two Deputy Recreation Commissioners who readily confirmed that, stretching back into the 1960s, the City had full knowledge of and deliberately tolerated the dual-employment of these groups of City workers.

On June 2, 2014, Arbitrator Visco issued his award.  Clearly dumbfounded by its oblivious recalcitrance, he chastised the City and ordered the nine workers reinstated with full back pay and benefits.  Relying on Pennsylvania Supreme Court precedent branding what the City had done a “fundamental injustice,” he found the “City has no one to blame for this predicament, but its own decisions consistently made over at least forty years,” and concluded that the “City’s careless and blatant failure to do itself what it now asks for in arbitration must be denied.”

Sam Spear represented the grievants and the union in this case (as he had done, assisting Bruce Endy, 31 years earlier in the 1983 arbitration over this same issue).  The grievants were reinstated to their former positions in July 2014, and the City has paid them close to $100,000 in back pay and benefits. Media coverage of the arbitrator’s award in this curious but important labor case can be viewed here, together with earlier reporting regarding the City’s firing of these employees and resulting controversy over the fairness of the City’s actions.