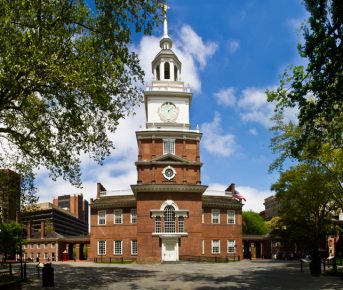 Spear Wilderman attorneys recently led the successful fight against Mayor Michael Nutter’s attempt to derail the collective bargaining rights of public sector employees throughout Pennsylvania.  Our client, AFSCME District Council 33, has been in contract negotiations with the City of Philadelphia since the last agreement expired on June 30, 2009.  The more than 10,000 workers DC33 represents have gone without a raise in wages or benefits for more than six years — since July 2007!  They have nevertheless continued to work, serving the citizens of Philadelphia each and every day without fail, holding fast in resisting the City’s demands to reduce hard-earned pension, welfare and other benefits.

While the City workers’ determination has been an inspiration to workers throughout the State, Mayor Nutter embarked on a strategy, early this year, to unilaterally impose his own  version of what is fair and right — by seeking to overturn Pennsylvania State law outlawing such tactics that has been in place for decades.  Unlike in the private sector, Pennsylvania law forbids public employers from unilaterally imposing their negotiating position on their workers.  Reversing that principle would create havoc in labor-management relations throughout Pennsylvania.  Realizing such a destructive strike at the collective bargaining process could bear fruit only at the highest levels of state government, Mayor Nutter — taking a page straight from the book of Scott Walker and other tea partyers bent on destroying the labor movement —  petitioned the Pennsylvania Supreme Court on February 5 to assume extraordinary jurisdiction over this question, and to grant the City permission to end the bargaining process by implementing its “final offer.”

SW partner Sam Spear, DC 33’s lead attorney, filed a brief opposing this direct attack on the labor movement, pointing out that the City’s request ignored that the parties had been making significant progress in their recent talks; that Pennsylvania law properly rejected the City’s proposed solution as ultimately destructive of both sides’ obligations to engage in collective bargaining in good faith; and that it is for the Pennsylvania Labor Relations Board, not the courts, and not Mayor Nutter, to determine labor policy.  Many other labor unions throughout the State joined in a friend-of-the-court brief supporting DC33’s position.

On June 7, 2013, the Supreme Court, by a vote of five-to-one, agreed with District Council 33 and denied the City’s petition asking the court to assume jurisdiction over this significant dispute.  The City’s lawsuit, filed in the Philadelphia Court of Common Pleas shortly before it filed its Supreme Court Petition, also requests permission to unilaterally implement the City’s proposal, and will now be decided in due course.  Links to statements made by the Pennsylvania AFL-CIO and to news reports covering this important case can be accessed here.  We are proud that attorneys at Spear Wilderman were able to spearhead this crucial battle affecting workers’ rights everywhere.