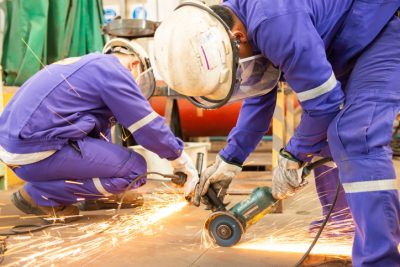 Spear Wilderman client Sheet Metal Workers Union Local 19 spearheaded an effort to change the law regarding representation of employees supplied by emplyment agencies to construction and industrial employers.  Since 2004, the NLRB had prohibited workers supplied by such agencies to be represented for purposes of collective bargaining alongside permanent employees with whom they work.  Labor unions had struggled to change this harmful doctrine, which inhibited collective bargaining and the free exercise of employee rights.  This issue became important in a Local 19 organizing drive, and the Labor Board considered it so significant that it solicited briefs to be filed on the subject on a national basis.  In June 2016, the Board issued its decision in this important case, Miller & Anderson, Inc., agreeing with Local 19’s arguments and reversing its earlier position.  Now, as a result of that decision, such “joint employees” have the right to be represented in the same bargaining unit as solely-employed workers, without the employer’s consent.  Spear Wilderman shareholder Marty Milz represented Local 19 in the succesful fight to win this new right for workers.  Click on the “Board Decision” link on the NLRB’s webpage here to read this important decision.